Florida, the ‘Sunshine State’ is located in the southeastern United States and has a subtropical climate. The name is derived from the Spanish name La Florida, which means The Flowery. The capital is Tallahassee. Other major cities include Miami, Jacksonville, Fort Lauderdale, Tampa, St. Petersburg, Clearwater, and Orlando. See how many cities are in Florida. The state has 13 million inhabitants, 34 rivers and more than 30,000 lakes. Discover the Sunshine State and read the travel information about Florida below.

Florida was discovered in 1513 by Juan Ponce de León. After that, other explorers explored the area. These included Pánfilo de Narváez – in 1528 – and Hernando de Soto between 1539 and 1542. Since then, many others have further explored the state.

From that moment on, many whites came to live in Florida, who got into trouble with the Indians. These problems led to the Seminole War that lasted from 1835 to 1842. Florida became the 27th state of the US in 1845. During the Civil War, Florida belonged to the south. After the Civil War, Florida became a prosperous state. In 1992, Hurricane Andrew caused massive damage. Many people died and 160,000 people became homeless.

In the state you will find the Everglades National Park, a unique and extensive nature reserve in southern Florida. This is the only place where you will encounter both crocodiles and alligators in their natural habitat. It is highly recommended to make an air-boat trip through the marshland here. If the area was not designated a National Park in 1947, this beautiful nature reserve would probably be gone forever. It is a unique area with three hundred species of birds, six hundred species of fish and an enormous animal wealth. (source: www.Amerika.nl) The largest population of manatees also lives in the waters. This is because the waters are generally warm. The population numbers more than 3000 of these endangered animals.

Florida has too many attractions to list them all. From the well-known theme parks such as Walt Disney World, Sea World and the Kennedy Space Center to nature parks such as the Everglades, but also the Florida Keys & Key West. Not to mention all the many art and history museums the major cities have to offer. In St. Petersburg you can visit the famous surrealistic Salvador Dalí museum and in Miami you can visit the hip south beach. The possibilities are enormous.

The southernmost tip of America is Key West, which is about 140 kilometers from Cuba. It is one of the Florida Keys, a long row of islands where the tourist picture is mainly determined by fishing, diving and snorkeling. Ernest Hemingway lived and worked here, a fact that no visitor will be able to miss.

The topic “Shopping” should of course not be missing in our tips and travel information about Florida. Just like elsewhere in America, Florida has many malls (covered shopping centers) that are often much larger than in the Netherlands. With the favorable Dollar-Euro exchange rate, shopping is very affordable. Well-known and large department stores are Macy’s, JC Penny’s, Florida Mall, The Mall at Millenia, International Mall and the Aventura Mall. You can also indulge yourself for outlet shopping. The products are purchased directly from the factory and that means even more discount. Popular outlet shops are: Orlande Premium Outlet Mall, Sawgrass Mills and Belz Factory Outlet. Tip: keep a space in your suitcase, because the prices are very favorable thanks to the current exchange rate! More Florida travel information can be found at VisitFlorida.com.

Everglades National Park is a scenic area in southwestern Florida in the US. This fragile and complex ecosystem combines a wide shallow river with a subtropical climate and a variety of flora and fauna. It is home to rare and endangered species such as the American crocodile and the Florida panther. The nature reserve (6106 km²) is defined by alternating periods of drought and flooding, fires, sunshine and heavy rainfall.

It is also called a river of grass with small islands of trees. Seminole and Miccosukee Indians live in this area. Everglades National Park still comprises only a fifth of the total Everglades area. Some places worth visiting are:

Orlando is the largest “fun” city in the world, with more theme, theme and water parks combined than anywhere else in the world. There are plenty of places to go out and that also applies to the shopping options. In the area you will find numerous parks, tennis and golf courses and various museums for art lovers, but of course you can also visit Disney World, Sea World or the MGM Studios. The Epcot Center, where you are confronted with both the past and the future, is definitely worth a visit. Cooling off and lots of fun guarantees a visit to Wet ‘n Wild. You can also take a look at Cypress Gardens. In about an hour you can be at the beach of the Atlantic coast or the pearly white beaches of the Gulf of Mexico. 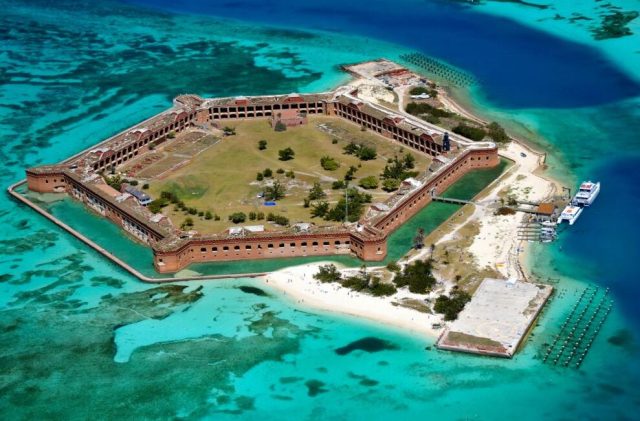