It’s surprising how much the relatively small state of Massachusetts has to offer: dramatic views, outdoor fun, great shopping, fresh seafood, major league sports and lots of cultural activities. For those who like to spend their holidays on the coast, Massachusetts is ideal for its many spectacular beaches. For lovers of an active holiday, the many parks, mountains and rivers are the perfect environment for hiking, cycling, canoeing or rafting. And for those interested in the American Revolution, there are many museums and special walks that bring history back to life. Finally, at the end of the day, nothing beats enjoying fresh lobster at one of the state’s cozy inns.

In 1620, the Pilgrim Fathers who arrived with the Mayflower founded a colony, the Plymouth Colony, where Plymouth is now located. Not long after, the Puritans founded the Massachusetts Bay Colony.

Massachusetts was one of thirteen colonies that revolted against British rule. (See also: Boston Tea Party). The Boston Massacre took place on March 5, 1770, when British troops fired on protesting civilians. On February 9, 1775, the British Parliament ruled that the colony rebelled, after which additional troops were sent. On April 19 of that year, the War of Independence began with skirmishes in Lexington and Concord. On February 6, 1788, Massachusetts ratified the new Constitution of the United States, making it the sixth state of the United States.

On March 15, 1820, Maine, until then part of Massachusetts, became an independent state within the United States.

The state covers an area of ​​27,360 km², of which 20,317 km² is land. This makes it one of the smallest states. The highest point is Mount Greylock (1063 m). The state is rich in larger and smaller lakes. The main river is the Connecticut. Located on the Atlantic Ocean, Massachusetts includes the Cape Cod Peninsula and the islands of Martha’s Vineyard and Nantucket. It is bordered to the north by the states of New Hampshire and Vermont, to the west by New York, and to the south by Connecticut and Rhode Island. The main cities are the capital Boston, Springfield, Worcester and Lowell. Massachusetts belongs to the Eastern time zone.

In 2004, Massachusetts had 6,416,505 inhabitants (235 per km²). The state’s gross product was $297 billion in 2003, or 39,504 per capita, making it the fourth most prosperous state. Massachusetts is home to many well-known educational institutions, such as Harvard University and the Massachusetts Institute of Technology (MIT). A Massachusetts Supreme Court ruling has allowed gays in Massachusetts to marry each other since May 17, 2004. Massachusetts and California are the only states so far where same-sex marriage is legal.

The City of Boston

In addition to being the capital, Boston is also the largest city in the region; For many centuries, different cultures have coexisted in this city and together have made it the social, economic and cultural center of New England. The city is compact, which makes it easy to walk around and discover its historical and cultural wealth. The Boston City Pass provides visitors to the city with access to many tourist attractions, such as the Harvard Museum of Natural History and the New England Aquarium. Finally, for those who love shopping, the current strong euro against the dollar makes Boston a nice surprise for the wallet! See how many cities are in Massachusetts.

Throughout the summer months, Chinese, Irish, Native American, Caribbean and Dominican jazz festivals add color to the Charles River and Boston streets. Special walking routes such as The Black heritage trail and The Freedom trail familiarize the visitor with the history and cultural heritage of the city. This is also a unique opportunity to attend a real Broadway musical, listen to the world-famous Boston Symphony Orchestra or go to a high-quality performance of the Boston ballet. Comedy clubs and dinner cruises also ensure that there is never a dull moment.

Also located on the coast about 55 km south of Boston is Plymouth, a charming town of immense historical importance to America. This is where the first European settlement arose in 1620 when the Pilgrims arrived in America from England by ship the Mayflower. Today, Plymouth offers tourists an interesting opportunity to learn a little more about American history: A replica of the Mayflower, and the open-air museum Plimoth Plantation provide a wonderful picture of the days of yore.

Nature reigns on Cape Cod. In the spring, new life is celebrated with endless flower fields, the birth of countless animals and the arrival of large groups of whales. To inspire the next generation, many nature centers allow children to get as close as possible to the animals. The Mass Audubon Society manages eight natural parks on Cape Cod, including two at Felix Neck and Wellfleet. Highlight of a spring visit to Cap Cod is a unique whale watching trip. Boats and cruises depart from Provincetown, Barnstable and Nantucket Island. During the boat trip you are guaranteed the chance to study humpback whales and other rare whales.

Just south of the Cape Cod Peninsula is the island of Martha’s Vineyard, also known as the Vineyard. Originally, Martha’s Vineyard was inhabited by an Indian tribe called the Wampanoag. The English explorer Bartholomew Gosnold visited the island in 1602 and found large quantities of wild grapes which immediately reminded him of a vineyard. He named the island after his daughter Martha. Today Martha’s Vineyard with its picturesque towns, beautiful beaches and pleasant climate is a well-known summer residence for the well-to-do tourist. Even the Kennedy family has a summer residence there. An absolute must is a visit to Norton’s point, a lighthouse right on the beach from where you have a beautiful view of the island and the incoming boats in Edgartown Harbor. (www.marthas-vineyard.www.oakbluffsinn.com at www.hanoverhouseinn.com

The lovely island of Nantucket is also off the coast of Massachusetts. In the early 19th century, the island was an important center for whaling, very important at the time: lamps were fired with whale oil at that time. After 1865, however, they switched to petroleum and the whaling industry collapsed. Nantucket lost its meaning because of this. In the 20th century, the island came into the limelight again. The capital of the same name Nantucket, the salty air, the beautiful stretches of beaches and the many historic buildings proved to be a great attraction for the wealthy from New York and New England who liked to spend their summer vacations there. It is now still a very well-known but exclusive holiday destination. Nantucket has ferry connections to Hyannis on Cape Cod and Martha’s Vineyard
General information: www.nantucket.net
Nice hotel suggestion: www.theverandahouse.com
www.nantucketwhaler.com

The Berkshires, world-class culture in a relaxed atmosphere

Centuries-old wooden houses, cozy country inns, organic food, markets, authentic New England villages in a beautiful green hill landscape combined with a world-class cultural offer, that’s the Berkshires in the summer. In addition to Tanglewood’s musical offerings, the village of Lee is called the home of the Jacobs Pillow Dance Festival. A restored 18th century farmhouse is the setting for summer dance performances. Another highlight is the theater festival in Williamstown, which features a variety of performances this summer.
www.berkshires.org

Fall Foliage is better known in Europe under the term “Indian Summer”. This natural phenomenon occurs every year when the temperature rises a few degrees after the first frost and it almost seems as if summer has returned. These Indian Summers are typical of New England, an area made up of 6 states on the northeast coast of the US of which Massachusetts is a part. In addition to the wonderful weather, the fall foliage is popular for its spectacular autumn colours. Also in this season are many local harvest festivals and autumn markets to visit in the many picturesque towns that Massachusetts is rich. It is therefore not surprising that more than a quarter of the total number of tourists visit Massachusetts during this period. For more information surf to: www.massvacation.com

Other well-known residents are:

In the spring, summer and winter, a visit to the American state of Massachusetts is very worthwhile, but autumn is the best time to visit this beautiful area. That’s when the “Fall Foliage” erupts in full force and nature seems to be on fire because of the hundreds of beautiful autumn colors in combination with wonderfully sunny weather.

Continue from Boston to Cape Cod. You can completely relax on the coast of this narrow strip of land and on the islands. Along the coast are several lighthouses and charming villages. What you should definitely not miss is a whale watching excursion. Sail with one of the many boats and get to know these special animals. 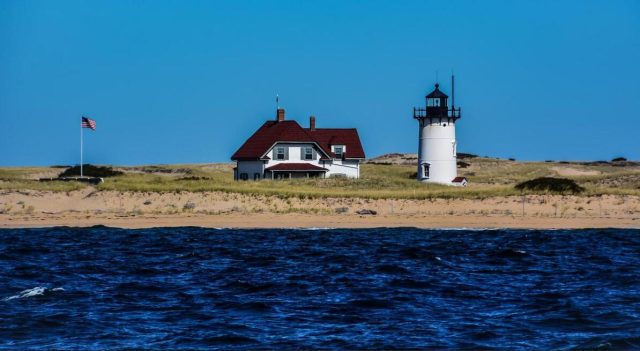