Possible disadvantages of a business angel

Of course, the business angel should get involved in the company. However, some entrepreneurial personalities are so knitted that they don’t let the young entrepreneurs gain their own experiences. Father figures in this role then easily patronize their protégés. That goes well until the trusting relationship between BA and young entrepreneurs is broken. No further successful cooperation is possible on such a basis.

As a young start-up, you have to be aware in advance that leaving a BA can be painful. Because the capital employed can be withdrawn or high exit payments have been agreed. The young company has to be able to cope with this financial dent. So it is important to “cushion” so much in the early days of the company that the exit of the company angel does not endanger the company’s success. Otherwise the start-up years were in vain, the business angel becomes a grasshopper.

How does a business angel finance?

The business angel supports start-ups with capital, which is on the one hand an advantage for a successful start, on the other hand the disadvantage is that the interest that the start-up has to pay for the business angel’s capital is comparatively high. These high interest rates are due to the high failure rate of startups; the investment can quickly be lost. In order to mitigate this risk, lucrative exits are required.

This means that the business angel has to sell his shares again at the highest possible profit in order to get out of the newly founded company. Still, a business angel’s capital can be very helpful as it is difficult for many start-ups to get a start-up loan from a bank. Banks are often too reluctant to support young start-ups.

When does a business angel invest?

Since business angels take a huge risk when they support start-ups, they are keen to be there from the very beginning, if possible. Because if you already support the young founders in developing ideas, they have the greatest opportunity to influence. And so you can contribute to the growth of the company from the start and generate profit shares.

How high are the investment and participation?

The investment of a business angel in a start-up company is on average 100,000 euros. However, significantly higher amounts are not uncommon. The capital requirement depends on the company’s purpose. In return for their capital investment, the business angel usually receives a share in the company or can benefit from the later turnover of the young company.

The level of participation is a matter of negotiation, but it is common for the business angel to acquire the majority of the supported company. In comparison, venture capital companies do not require a majority. You only support the newcomers in the growth phase, but with more capital and usually for a shorter period of time than the business angel. He will invest a maximum of 4-7 years in the company in order to then sell the stake at a profit.

Business angels strive to find start-ups who have potential. Ideally, the capital employed by the business angel will increase tenfold within five years. A total failure is of course also possible, albeit unlikely.

Example of financing from a business angel

According to Lawfaqs, business angel financing is purely a matter of negotiation with regard to the sum and percentage participation and therefore also varies from person to person.

For example, the Business Angel starts with a financing sum of 50,000 euros. Right from the start, he is involved in developing the idea and setting it up. For this he demands 20% of the company’s shares.

As a rule, the company has developed well and the company has increased in value after the first few months. Further financing is necessary for further startup financing and expansion. The business angel can now pour in more money or take more angels on board. Business angels usually work in a network and can also advise and support a company as a group.

However, the further financing cannot be remunerated with the same share, otherwise the founders no longer have a majority in their company. For example, two additional donors of 100,000 euros each are included and each receives 5% shares.

Let’s assume that Mr. Maier and Mr. Müller have founded a GmbH . Everyone owns 50% of the company. You have € 25,000 share capital and ask Business Angel BA for a 10% increase in this capital. Together they determine the current company value, which is 500,000 euros. The share capital is to be increased by € 2,500, BA pays € 50,000, of which € 47,500 is booked as capital reserve. However, the company is not making any significant progress. Therefore, BA does not initially earn any money during the participation. Only when the GmbH achieves a significant increase in value can he sell his stake at a profit. 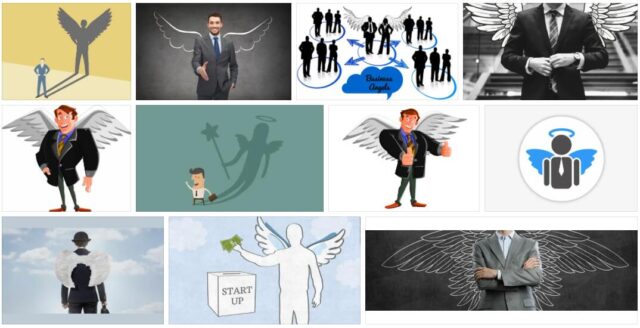