New Mexico (Dutch: Nieuw-Mexico, Spanish: Nuevo México) is one of the states of the United States. The capital of New Mexico is Santa Fe. The standard abbreviation for the state, nicknamed Land of Enchantment, is NM. On this page you will find travel information about New Mexico. Find out everything about the special condition.

Before the arrival of the Europeans, only Indian tribes like the Navajos and Apaches inhabited the area. Around 1540, the Spanish conquistador Francisco de Coronado passed through the area, searching in vain for large amounts of gold. His expedition retreated to Mexico two years later. In 1595, the province of Santa Fe de Nuevo México was founded and three years later Juan de Oñate began colonizing the area. The city of Santa Fe was founded in 1610. After Mexico became independent in 1821, New Mexico became part of that country. In 1848, after a war with the United States, Mexico ceded a large area, including most of present-day New Mexico. In 1853 a relatively small piece was purchased (the so-called Gadsden purchase). New Mexico became the 47th state of the United States on January 6, 1912.

New Mexico covers an area of ​​315,194 km². The average altitude is 1735 m above sea level; the highest point is Wheeler Peak (4,011 m), part of the Rocky Mountains, which traverse New Mexico from north to south. The main river is the Rio Grande. New Mexico borders the country of Mexico and the states of Texas, Oklahoma, Arizona, Colorado, and Utah. The point where the borders intersect with the last three is called Four Corners. New Mexico is in the Mountain time zone. The state has plenty of natural beauty, such as the stalactite caves at Carlsbad and the white sands of White Sands.

New Mexico had a population of 1,819,046 (6 per km²) in 2000, of whom about 40% were of Hispanic or Latin American background. Spanish is the official language of New Mexico along with English. The largest city is Albuquerque. See how many cities are in New Mexico. There are also extensive Indian reservations in the state. Large parts of the state are used for various purposes by the US military. The atomic bomb was developed in Los Alamos during World War II. The gross product of the state in 1999 was 51 billion dollars.

Carlsbad Caverns is one of the largest and most beautiful cave systems in the world. The labyrinth of caves is more than 250 million years old. A number of hiking trails have been laid out so that you can visit the caves. Above ground, the landscape consists of a desert-like area with a rugged and hilly terrain.

White Sands National Monument consists of wave-like white sand dunes midway between the Tularosa Basin in New Mexico. You can explore this unique natural phenomenon on foot, bicycle, horse or even by car or motorbike. The 13 kilometer low Dunes Drive takes you through the area. Do you want to spend the night in the desert? Then camp at one of the campsites.

Travel information on the Route 66

Route 66 (US66) was a historic highway (US Highway) in the United States that began in Chicago and ended at the Pacific Ocean beach in Santa Monica near Los Angeles. The total length was 3940 km. US66 passes through Illinois, Missouri, Kansas, Oklahoma, Texas, New Mexico, Arizona and California. US66 was officially shut down in 1985, after the Interstate Highway System took over long-haul traffic. Many tourists still follow the old stretch of Route 66.

Route 66 played an important role in 20th century American culture. In the 1930s, the road was used by people traveling to California to escape the Dust Bowl, large dust storms on the plains of the central United States. In his novel The Grapes of Wrath, author John Steinbeck describes the misadventures of a poor family fleeing the Dust Bowl by this road.

Get Your Kicks On

After World War II, many new car owners used the road to drive from one side of the country to the other. The road is a nostalgic symbol of the role of the automobile in American society from the 1930s to the 1970s. In 1946, jazz composer and pianist Bobby Troup wrote his most famous song (Get Your Kicks On) Route 66, after using the highway himself to travel to California. He gave it to Nat King Cole who made it one of the biggest hits of his career. It later became a hit for Chuck Berry, and has since been performed by many other artists, such as the Rolling Stones and Depeche Mode. 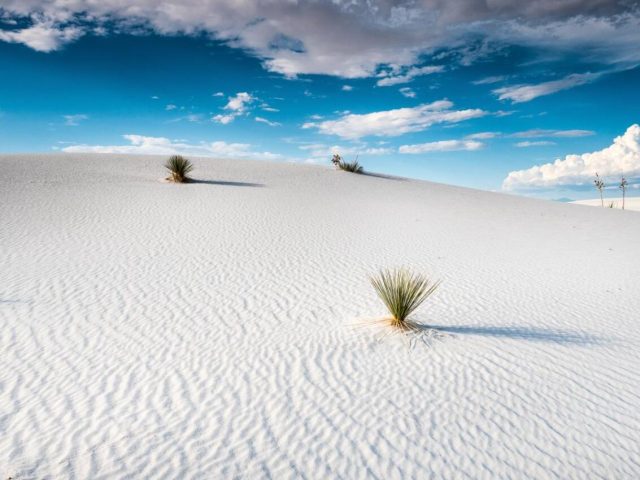