North Dakota (Dutch: Noord-Dakota) is one of the states of the United States. The standard abbreviation for the “Peace Garden State”, as it is nicknamed, is ND. The capital is Bismarck.

The area now called North Dakota was originally settled by Native American tribes such as the Lakota, also known as the Dakota or the Sioux. Lakota means “friend”. After that, the region was in French hands for a long time. A portion of the state was acquired by the United States in a transaction that has come to be known as the Louisiana Purchase. The rest followed in 1818, when a treaty about this was concluded with the English. On November 2, 1889, North and South Dakota formally became states of the United States as the 39th and 40th states.

The state of North Dakota belongs to the Great Plains region and covers 183,272 km², of which 178,839 km² is land. The state belongs to the Central time zone, apart from the Southwest, which is in the Mountain time zone. North Dakota is bordered by Canada to the north, Montana to the west, Minnesota to the east, and South Dakota to the south. The main river is the Missouri. The highest point in flat North Dakota is the peak of White Butte (1069 m).

In 2000, North Dakota had a population of 642,200 (3.5 per km²). The largest city is Fargo, which lies near the border with Minnesota and is known for the film of the same name. See how many cities are in North Dakota. 5% of the residents are of Indian descent. There are extensive reserves in the state. The state’s gross product was $19.0 billion in 2001, the lowest of any state. Agriculture and related activities are the most important.

When President Theodore Roosevelt visited the Dakota country for bison hunting in 1883, he was enchanted by the beautiful scenery of the Badlands. After his first visit, he built a ranch here and returned regularly. In 1978, the park was officially renamed Theodore Roosevelt National Park.

Fargo is North Dakota’s largest city and is also known as one of the friendliest places in America. It is a university town and very lively throughout with hundreds of restaurants, bars and cafes. Fargo is known to many people for the 1996 Hollywood film of the same name by the Coen brothers. 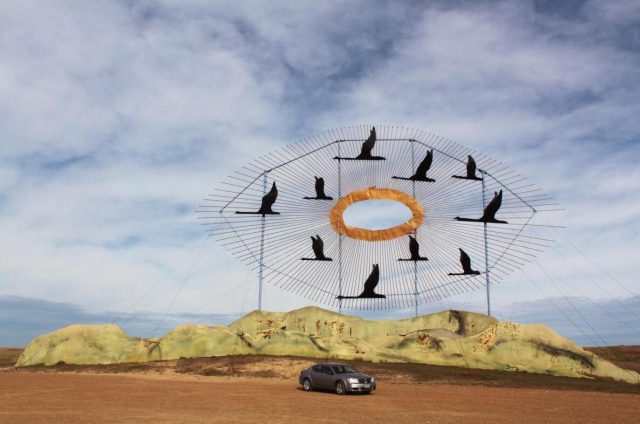