Tennessee is one of the states of the United States. The standard abbreviation for the “Volunteer State”, as it is nicknamed, is TN. The capital is Nashville. See how many cities are in Tennessee.

The area that now forms Tennessee passed from French to British hands in the 18th century. On June 1, 1796, the state became the 16th state of the United States. During the American Civil War, it sided with the Confederacy.

The state covers 109,247 km², of which 106,846 km² is land. The west of the state is in the Central time zone, the east in the Eastern time zone. The state is bordered to the north by the states of Kentucky and Virginia, to the northwest by Missouri, to the southwest by Arkansas, to the east by North Carolina, and to the south by Mississippi, Alabama and Georgia. The east of the state is in the Appalachian Mountains, where Clingmans Dome is located, the top of which is the highest point in the state at 2,025 m. This section is also known as the Great Smoky Mountains. The west of the state is flatter. The main rivers are the Tennessee and the Cumberland.

Tennessee has played a huge role in the music world. The state is known for blues, rock and roll, country music and rockabilly. For example, Beale Street in Memphis is seen as the place where the blues originated. Sun Records is also located in the same city, where some of the big names in the music world started their careers, such as Elvis Presley, Carl Perkins, Jerry Lee Lewis, Johnny Cash and Roy Orbison. Nashville is called the capital of country music, partly because of the radio program Grand Ole Opry that has been broadcast since 1927. The town of Bristol, which lies on the border with Virginia, is seen as the birthplace of this music genre.

The main sectors of the economy are agriculture (mainly soy), livestock, industry (Volkswagen has a factory there), electricity and tourism. The tourists mainly come for the national parks in the east of the state and for the museums about music history such as Graceland. Jack Daniel’s whiskey is perhaps the state’s most famous product. In addition, FedEx is headquartered in Memphis.

The Great Smoky Mountains (also called The Smokies) are a mountain range and national park in the southern Appalachians. The mountains lie on the border between North Carolina and Tennessee, in the eastern United States. The highest point in the park is Clingmans Dome, which is 2025 meters high. The national park is also included in the UNESCO World Heritage List. The name comes from the mist that often hangs over the tops of the mountains. 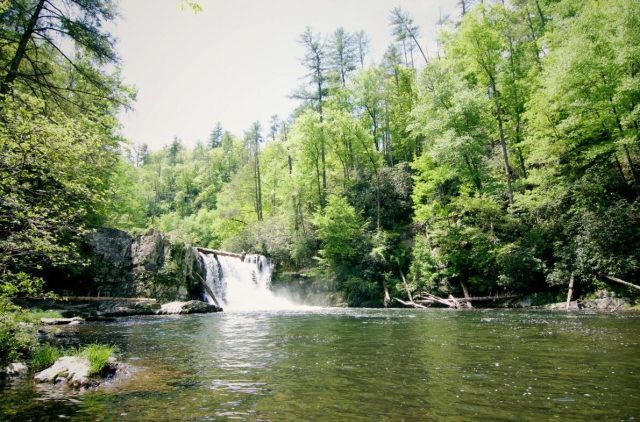