Texas is the second largest state in the United States in area after Alaska. It is also the second state in population, after California. The abbreviation of the “Lone Star State”, as it is nicknamed, is TX. The population is approximately 22 million. The state, in the south of the US, has many oil wells. The capital of Texas is Austin, the largest city is Houston. Other major major cities include Dallas and San Antonio. Texas is the state where George W. Bush, the 43rd President of the United States, grew up.

The Spanish Colony of New Spain

Texas was part of the Spanish colony of New Spain in the centuries following the Spanish conquest. After Mexican independence, in 1821, Texas became part of Mexico along with the Mexican Coahuila de Zaragoza as Coahuila y Tejas. Meanwhile, many Anglo-Americans migrated to Texas, eventually outnumbering the Hispanic population. The Anglo-Texans were called Texians, the Spanish/Mexican Texans Tejano’s. When Mexican dictator Antonio López de Santa Anna repealed the 1824 constitution and replaced Coahuila y Tejas with departments in 1835, the Texians declared Texas independence. After first being defeated at the legendary Battle of the Alamo, the rebels defeated and captured Santa Anna in the spring of 1836 at the Battle of San Jacinto, which subsequently recognized the independence of the Republic of Texas. The Texans considered the Rio Grande to be their western frontier, which was previously the Nueces. In 1840 the independent Republic of the Rio Grande arose for a short time on the other side of the Rio Grande. When it was violently rejoined Mexico the same year, Texas feared for its independence and sought further rapprochement with the United States.

Texas is divided into 254 counties, making it the state with the most counties. Counties have powers over general affairs in the district, but also partly fulfill the functions of a city. This is the case for households that do not fall within the “city-limit”. The counties contain city’s (cities), the cities also have administrative powers, which correspond to those of the Dutch municipality. See how many cities are in Texas.

The state of Texas covers 678,054 km². Texas borders Oklahoma to the north ; to the west to the state of New Mexico, to the south to Mexico and the Gulf of Mexico; on the east to the state of Louisiana ; and in the northeast to the state of Arkansas. Most of Texas is in the Central time zone; the far west, which includes El Paso, is part of the Mountain time zone. With seven distinct regions, Texas is a country in its own right. From the vast forests of Piney Woods in eastern Texas to the mighty peaks of the Big Bend and the many landscapes in between. Texas offers a unique experience for everyone.

A look at the landscapes of Big Bend is beyond anyone’s imagination. The imagination knows no bounds. Whether you gaze at the stars from the McDonald Observatory, gaze over the majestic mountains of the Big Beng National Park or stroll the streets of sunny El Paso… this region will leave you breathless and leave an unforgettable impression.

Experience the fascination of the beautiful Gulf Coast of Texas. The resorts of Corpus Christi, Galveston and Port Arkansas, all of which lie along the 1,000-mile coastline, are ideal for swimming, fishing, sailing and surfing. This while Houston, the fourth largest city in the US, is more of a cultural mecca.

Set out to explore the Panhandle Plain, where the timeless and wild beauty of the land is revealed through the unwavering history of the Wild West. Close to the Palo Duro Canyon, the second largest canyon in the US, this region is a nature lover’s dream and the Big Texas Sky is a credit to all. From the western charm of Buffalo Gap to the Buddy Holly nostalgia in Lubbock, Pandhandle is incomparable to any area in the world.

In Piney Woods, the path is the destination. Visitors can freely roam or paddle in a landscape of vast lakes, flowing rivers, dense pine forests, and wetlands. Southern charm, culture and history complement each other perfectly here.

Surrounded by the wildlife and cultural richness of the Prairies and Lakes region is one of the world’s top travel destinations, the Dallas-Fort Worth metropolitan region. Going far beyond the regional artists, Dallas’ arts district offers an absolutely global dimension, while Fort Worth’s Stockyards reflect the roots of Texas tradition. From museums and shops to sports and roller coasters, you’ll surely understand where the Texan phrase ‘Yee-haw’ comes from!

From Austin’s Indie spirit to the cowboy charm of Bandera and Uvalde, the rolling hills of Texas have harbored a unique authenticity for generations. Discover the diversity of the region by tasting the local wines, drifting down the Guadeloupe River, visiting beaches in Stonewall or simply enjoying the unique scent of barbecue and lupines. In Hill Country, heaven feels close.

Those who want to discover the undeniable and original charm of Texas should not miss the plains of South Texas. Here Texas meets Mexico and you will find a mix of Spanish and American culture. San Antonio is the gateway to the South Texas Plains region and home to Texas’ most famous landmark, the Alamo. Restaurants serving the most delicious TexMex dishes and atmospheric Mariachi bands are never far away along the River Walk. A little further south, admire the tropical beauty of the Rio Grande Valley, home to over 500 different bird species.

Until World War II, Texas was a predominantly agricultural area, with agriculture and livestock, and petroleum extraction as the main industry. In 1926 San Antonio was the largest city, with more than 120 thousand inhabitants. After World War II, Texas became highly industrialized. Around 2000, the economy is based on information technology, oil and gas extraction, power generation and trade, agriculture, and industry. The two major economic centers are the Houston Metropolitan Area around Houston (petrochemicals; NASA), and the Dallas/Fort Worth Metroplex around Dallas and Fort Worth, the center of agriculture and information technology. The cost of living in Texas is relatively low; no income tax is levied by the state; the tax on trade is low; and government involvement is low. As a result, Texas has experienced strong economic growth since the 1990s. The University of Texas system has many campuses, the most famous of which is the University of Texas at Austin.

Texas has a large number of Spanish speakers (Hispanics). Some of them have recently immigrated from Mexico, Central America and South America. Others, known as Tejano’s, are descended from people who lived in Texas before the state gained its independence from Mexico. Unlike other US states bordering Mexico, Texan culture gradually transitions into Mexican, resulting in a vibrant frontier region that is also reflected in Tex-Mex cuisine and music. The racial and ethnic problems found in many Southern states are virtually absent in Texas.

In addition to Spanish-speaking, Texas has immigrant communities of Germans, Poles, Swedes, Norwegians, Czechs, French, and Dutch. Their influence can still be found in the place names, in the architecture, in the music, and in the cuisine of Texas. The city of the Netherlands in Texas was founded in 1897 by Dutch immigrants. The most important families were Reinstra and Doornbos and their descendants still live there. The Dutch history of the city is commemorated in the Dutch Windmill Museum on Boston Avenue. Recently, Asians from China, Taiwan, India, South Korea and Japan emigrate to Texas. They mainly settle in Houston and Dallas.

Lyndon B. Johnson Space Center NASA’s Lyndon B. Johnson Space Center is located in Houston. From here, all missions that NASA undertakes are coordinated. Houston is the title of the capcom, the only person at the flight control center with whom the astronauts speak directly. As a result, Houston is also the first word spoken on the moon. Neil Armstrong, Apollo 11 commander: “Houston, Tranquility Base here. The Eagle has landed.”

The statement “Houston, we have a problem” is often made in jest when one encounters some kind of problem. This is an inaccurate rendering of “Houston, we’ve had a problem,” a well-known phrase Commander Jim Lovell spoke in response to an explosion aboard Apollo 13.

Throughout the United States, most overweight people live in Texas and most of Texas in Houston. About 40% of Houston residents are obese. This fact is not surprising, since the city has very large distances and people tend to cover the distances by car. As a result, the Texans get little exercise. The lack of sidewalks also makes (running) walking unattractive, which leads to even less movement.

Dallas is the third largest city in the state of Texas, with a population of 1.2 million in the city itself and 5.1 million in the Dallas-Fort Worth metropolitan area, including Arlington. This makes the city the fifth largest in the United States in terms of population. Dallas was founded in 1841 and is named after Vice President George M. Dallas. John Neely Bryan built a cottage near the Trinity River that year and started a ferry service there. His house still stands in downtown Dallas.

Austin, the capital of Texas, is located on the Colorado River. Austin, ‘Keep it weird’, is mainly known for music, country rock, and you notice that everywhere. The local industry produces high technology products such as computers, steel and furniture. Furthermore, Austin is a trading center for an agricultural environment (maize, cotton, livestock, dairy).

Facts over Fort Worth

Travel information about Fort Worth

In her youth, Fort Worth was home to the brave and the brawling, the soldier and the settler, as well as a rough frontier town. Today, Fort Worth is one of the largest cities in Texas and the 17th largest city in the United States. Texas has a world-renowned cultural arts district, a beautifully preserved country heritage and a wide variety of attractions. 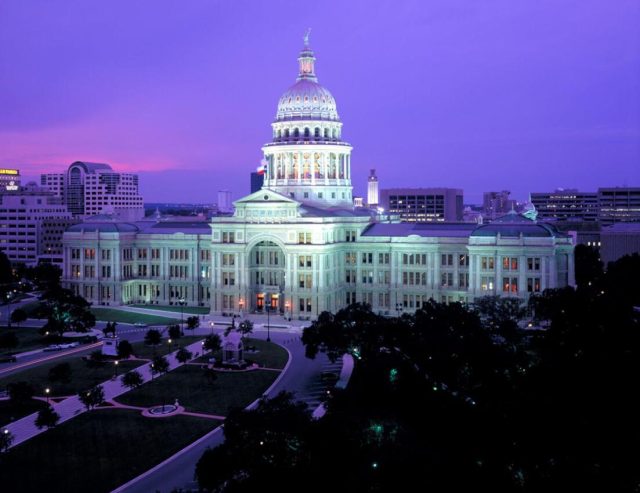