Alternans syndromes are brain stem syndromes that cause crossed symptoms of paralysis and are mostly due to strokes in the area of ​​the brain stem. Possible causes are also tumors or inflammatory processes in these regions. Treatment depends on the primary cause, but in almost all cases includes physiotherapy and speech therapy.

What is Alternans Syndrome?

The so-called alternans syndrome is a brain stem syndrome that can be traced back to a one-sided insufficient blood supply to the brain stem.

The so-called alternans syndrome is a brain stem syndrome that can be traced back to a one-sided insufficient blood supply to the brain stem. Failures of the cranial nerves on the affected side of the brain are characteristic. In addition, hemiparesis occurs on the opposite side of the body with half-sided loss of sensitivity. Depending on the exact location of the damage, the alternans syndrome corresponds to the Jackson syndrome, Weber syndrome, Millard-Gubler syndrome or Wallenberg syndrome.

The cause of all brain stem syndrome is cerebral ischemia. In most cases, the individual syndromes are caused by circulatory disorders in the basilar or vertebral artery. In individual cases, tumors, inflammatory diseases such as multiple sclerosis, mechanical injuries or infections can also trigger the undersupply.

Since the blood carries vital oxygen, nutrients and messenger substances, individual cells die due to the insufficient supply. The crossed symptoms of alternans syndromes are due to the fact that cranial nerves descend into their supply areas on the same side. Spinal cord fibers, on the other hand, descend to the opposite side of the body.

Patients with Alternans Syndrome suffer from different symptoms depending on the location of the damage. Weber syndrome causes oculomotor palsy on the same side of the brain damage to the side, which is equivalent to a kind of one-sided rigid gaze.

In contrast, the Wallenberg syndrome leads to Horner’s syndrome and calls in addition unilateral movement disorders, soft palate paralysis, dysphonische hoarseness and inability to speak out. There is excessive sensitivity in the facial area. In addition, vertigo can occur.

On the opposite side of the damage, dissociated sensitivity disorders occur, which can be traced back to damage to the lateral spinothalamic tract. The Jackson syndrome differs from the other alternans syndromes mainly through paralysis of the tongue.

The doctor makes the suspected diagnosis of Alternans Syndrome by visual diagnosis. In this context, the main diagnosis is the crossed paralysis symptoms. The neurologist receives security through imaging of the brain. This imaging can also be used to localize the primary cause of the syndrome.

If, instead of circulatory disorders, tumors in the brain stem are responsible for the symptoms, these changes in the MRI show a relatively typical picture. The prognosis for patients with Alternans Syndrome depends on the extent of the damage, the location and the primary cause of the damage.

A characteristic of the Alternans Syndrome is a reduced blood supply to the brain stem, which leads to nerve failure on the affected side of the brain. On the opposite side of the body, complete symptoms of paralysis and half-sided loss of sensitivity occur. Depending on the exact location of the brain damage, the alternans syndrome is divided into Weber syndrome, Wallenberg syndrome, Millard-Gruber syndrome and Jackson syndrome.

Circulatory disorders in the midbrain or previous circulatory diseases in the area of ​​the spinal cord elongation indicate Wallenberg syndrome. As a result of these disorders, individual body cells die because they are no longer adequately supplied with oxygen, messengers and nutrients. Depending on the location of the damage, spastic hemiplegia such as Weber’s syndrome can occur, which leads to reduced facial expressions.

Paralysis of the sixth cranial nerve, causing double vision and facial paralysis, indicates Millard-Gruber syndrome. Movement disorders, hoarseness, speech disorders, vertigo and increased sensitivity in the facial area are signs of Horner’s syndrome, a specific nerve damage to the eye muscles. Jackson syndrome is characterized by paralysis of the tongue.

The crossed symptoms of paralysis leave permanent damage in most cases, as the nerve tissue of the individual parts of the brain is highly specialized. Therefore, the prospect of a cure or at least partial regeneration, even with timely diagnosis and appropriate treatment, is very low. If the alternans syndrome is due to a tumor in the brain stem or a stroke, consequent postoperative therapy improves the quality of life.

When should you go to the doctor?

In the case of Alternans Syndrome, a medical examination and treatment is definitely necessary. The symptoms do not go away on their own and there is no spontaneous healing or improvement of this syndrome. However, not all complaints can be narrowed down.

Sensitivity disorders can also occur in the face, which are also an indication of the syndrome. Most patients also suffer from dizziness and nausea. A doctor should also be consulted in the event of sudden visual problems, as these can indicate problems in the brain. Treatment must also take place if a stroke occurred before the alternans syndrome or the person concerned suffers from heart problems. However, not all complaints can be completely alleviated here, so that paralysis may persist.

Damage to the brain often leaves permanent damage. The nerve tissue within the brain is highly specialized. In contrast to other body tissues, the ability to regenerate is therefore severely limited.

Cells, for example, can migrate into other tissues of the body after damage and take over the specific functions of the respective tissue type. This is only possible to a limited extent in the brain, since the specializations here are too great. However, it is observed in stroke patients in particular that consistent exercise and specific training can induce neighboring brain tissue to take over the function of the defective area.

Depending on the damaged areas, physiotherapy and speech therapy sessions take place, which can promote a redistribution of brain functions. In order to prevent strokes in the future, those affected receive supportive therapy.

This treatment consists of minimizing risk factors and possibly drug therapy that has a blood thinning effect. If the alternans syndrome is caused by a tumor rather than a stroke, surgical treatment takes place.

Depending on the degree of malignancy and the operability of the tumor, drug therapy can be considered as an alternative or at the same time. Acute inflammations are in turn reduced with drugs such as cortisone or antibiotics. In the case of autoimmunological inflammation caused by multiple sclerosis, those affected also receive long-term immunosuppressive therapy.

Alternans syndrome causes a wide variety of neurological and mental ailments. The quality of life of the person affected is significantly reduced by the syndrome, so that they may have to rely on the help of other people in everyday life. There are also disorders of movement and coordination. Furthermore, a speech inability can occur and those affected sometimes suffer from disorders of sensitivity or even paralysis.

Furthermore, there is often a feeling of dizziness or vertigo. Paralysis of the tongue can also occur, so that patients are no longer able to ingest food or fluids properly. This can lead to deficiency symptoms or dehydration. The relatives or parents of the patient can also develop severe psychological complaints due to the symptoms.

The treatment of Alternans Syndrome can be done through various therapies. However, it cannot be generally predicted whether this will lead to a positive course of the disease. The person concerned may have to live with these restrictions their entire life. Life expectancy is usually only reduced if the tumor cannot be removed.

Since the alternans syndromes are mostly caused by strokes, the same prevention steps apply to the prevention of the symptoms as for strokes. Smoking, for example, should be avoided. In addition, a change in diet can be considered. Adequate exercise is also a step in stroke prevention. Regular monitoring of blood pressure values ​​can also be helpful.

In the case of Alternans Syndrome, those affected have only very limited aftercare measures available. As a rule, medical treatment is always necessary to alleviate the symptoms and prevent death. Self-healing does not occur, and the complaints cannot be treated by self-help measures.

Treatment is usually carried out with the help of medication or antibiotics. The patient should always ensure that they are taken regularly and also consider possible interactions with other medications. In the case of antibiotics, care should be taken that alcohol should not be consumed when taking them, in order not to weaken the effect of the antibiotics. Furthermore, physiotherapy measures are often necessary.

Many of the exercises can also be repeated and performed in your own home, which speeds up the healing process for the person affected. In the case of an alternans syndrome tumor, it is usually removed by surgery. After such an operation, the patient should always rest and protect his body as much as possible. You should refrain from strenuous activities or other stressful activities. Contact with other patients with Alternans Syndrome can also be useful in order to exchange ideas about therapy methods.

You can do that yourself

Alternans syndrome must always be diagnosed and treated by a doctor. What measures those affected can take themselves depends on the severity of the syndrome.

A weakly developed alternans syndrome can at least be alleviated by physical and occupational therapy measures. Physical exercise counteracts physical failure symptoms, as does regular exercise, yoga or Pilates. In addition, dietary measures such as a balanced diet and the avoidance of luxury foods also help.

Severe alternans syndrome cannot be treated independently. Those affected usually only have to accept the neurological and mental complaints. Once the condition has been accepted, the quality of life can gradually be improved again through the formation of new hobbies and a healthy lifestyle. The relatives of those affected also have to learn to accept the new living conditions, be it through therapeutic measures or a change in their previous lifestyle.

Through acceptance and the exhaustion of medical possibilities, a certain normalcy can be restored in daily life despite illness. The doctor in charge can give valuable tips on how to deal with Alternans Syndrome and guide you back to life. 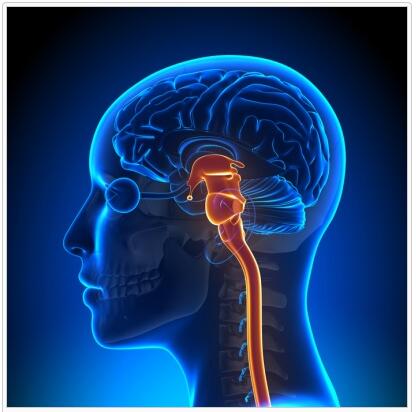