Iowa is one of the states of the United States. The standard abbreviation for the “Hawkeye State,” as it is nicknamed, is IA. The capital is Des Moines.

The area now called Iowa was originally settled by Native American tribes such as the Ioway, also known as Iowa. After that, the region was in the hands of the French for a long time. For several decades at the end of the 18th century, Spain owned the area. France eventually sold it to the United States in 1803 (see Louisiana Purchase). On December 28, 1846, Iowa formally became a state of the United States as the 29th. It formed part of the Union during the American Civil War.

The state of Iowa covers 145,743 km², of which 0.71 % is water. Iowa falls under the Central time zone. Iowa is bordered by the state of Minnesota to the north, South Dakota and Nebraska to the west, Wisconsin and Illinois to the east, and Missouri to the south. The main rivers are the Mississippi, which defines the entire eastern border, and the Des Moines which flow into it. The Missouri River in the west, which forms much of the western border, is also considered important. Iowa is quite flat. The highest point is at 509 m.

Iowa’s capital is located in the heart of the Corn Belt. Here is the Iowa State Capitol, one of the most beautiful state capitols in the United States. The capitol owes its popularity mainly to the impressive, 84 meters high, gold leaf dome. The highlight of the year at the Food Capitol of the World is the 10-day Iowa State Fair. Every year in August, this festival attracts visitors with a funfair, various food stalls, performances by artists large and small and rodeos.

With the exception of the summer months, the student city of Iowa City is a lively city. You will find nice bars and good restaurants. Visits the Old Capitol Museum, the University of Iowa Museum of Art, and Museum of National History. About an hour’s drive from Iowa City is the famous Buffalo Bill Museum. Here you will learn more about one of the most infamous and colorful characters of the Wild West. 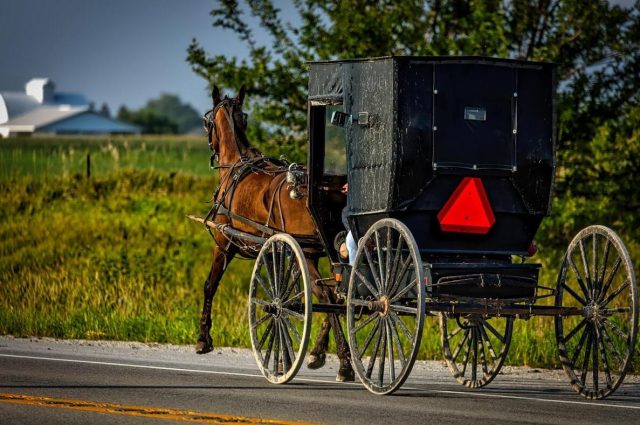