Kentucky is one of the states of the United States. The standard abbreviation for the “Bluegrass State,” as it is nicknamed, is KY. The capital is Frankfurt. For fun ideas from the locals, check out Ask a Local!

The area now known as Kentucky was originally settled by Native American tribes. The name is derived from the Indian Ken-tah-teh, which means “land of tomorrow”. Originally it was part of the state of Virginia. Ten constitutional assemblies were held in Danville between 1784 and 1792. Virginia and Kentucky reached an agreement in 1790, after which the state formally became a state of the United States on June 1, 1792, as the 15th state. Kentucky is one of four states that call themselves a commonwealth, which is legally the same as a state. On May 20, 1861, Kentucky declared its neutrality in the conflict that would become the American Civil War, but in September of the same year, following a Confederate invasion, it explicitly sided with the Union.

The state of Kentucky covers 104,749 km², of which 102,989 km² is land. The west of the state is in the Central time zone, the east in the Eastern time zone. Kentucky is bordered to the north by the states of Illinois, Indiana and Ohio, to the west by Missouri, to the east by West Virginia and Virginia and to the south by Tennessee. The major rivers are the Ohio, which forms the entire northern border, and the Mississippi, which forms almost exactly the western border. Kentucky has many larger and smaller lakes, such as Kentucky Lake, Lake Barkley and Lake Cumberland. The south of the state is the most hilly, with the top of Black Mountain (1262 m) being the highest point. Kentucky is also known for its many caves. The most famous is the very large Mammoth Cave.

In 2000 Kentucky had 4,041,769 inhabitants (39 per km²). The largest cities are Louisville, Lexington and Ashland. See how many cities are in Kentucky. The gross product of the state in 2001 was $120 billion. The following famous people were born in the state of Kentucky:

Mammoth Cave is the largest cave complex on Earth. To this day, new corridors are still being discovered. You can take various guided tours here from about an hour to about 6 hours long. The Wild Cave Tour is such a long, intensive tour that involves frequent bending, climbing and crawling through damp and narrow entrances. In addition, there are 12 more types of tours, where you can walk quietly on beaten paths and study the beauty of the cave system.

Churchill Downs Racetrack in Louisville is known for the Kentucky Derby held here. Attending a race is highly recommended, but a tour where you learn more about the history is definitely worth it. Visit the Kentucky Derby Museum and see ‘The Greatest Race’, a 360 degree sound and vision experience. Walk along the impressive race track and see the thoroughbreds 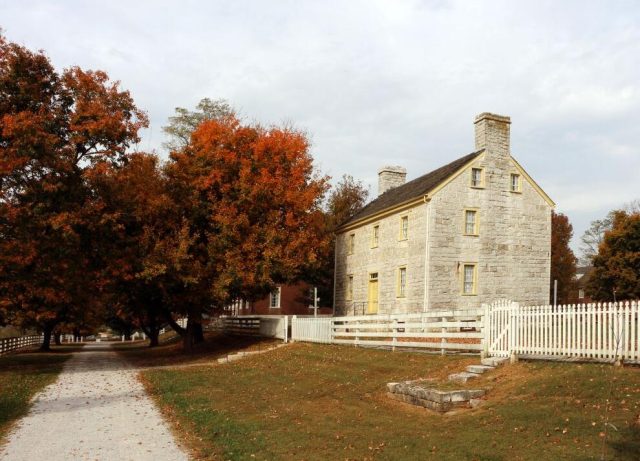